Ussher’s wins was expected. The now four-time winner returned to the 243k road cycle, mountain run and kayak race across the South Island after three years away challenging the world’s best at Ironman triathlon. But multisport and adventure racing is where his heart is, and the 34 year old professional put up the best race of his career to narrowly miss the race record.

It was a fast race from start to finish, with a 12-strong bunch of contenders breaking away in the opening 55k road cycle. Auckland’s Carl Bevins led the bunch into transition to claim a new record for this stage of 1hr 40min.

Bevins, a regular top-10 finisher in previous years, led the opening stages of the following 33k mountain run. But Ussher was quickly into his work and built up a 4min lead over Goat Pass that had grown to 6min over Bevins as they started the 67k kayak down the Waimakariri River. Just over four hour as later he started the final 70k cycle to the Sumner Beach finish line with a 14min lead that he held all the way to the finish.

While Ussher (above) made his fourth win look all too easy, he admitted to it being anything but. “This is a tough race,” he said. “I knew I was in good shape, but after three years away I wasn’t sure how I’d go. But a few weeks ago I sort of said to myself, ‘if I was in this sort of shape five or six years ago I would have been stoked.’ So I lined up pretty relaxed and just concentrated on my own race.”

His own race turned out to be too good for hotly tipped contender Dougal Allan from Wanaka. Allan, the runner up in 2010, started the kayak 14min down on Ussher in fifth place. But paddling with other emerging talents, Sam Clark (Whakatane) and Glen Currie (Methven), they worked together to catch Carl Bevins and four riders battled for the remaining podium spots all the way to the finish .

In the end it was Allan who proved strongest, clocking up to 55k/hr in the strong tailwinds to take a minute out of Ussher’s lead and set a new best time for the final 70k cycle of 1hr 35min. Allan finished in 10hrs 55min 59secs to claim second ahead of little known Glen Currie, who shrugged off a year-long liver illness to romp home for third place in 11hrs 07min 10secs.

Stopping the clock at 10hrs 41min 12secs, Ussher became the second fastest winner in Speight’s Coast to Coast history, missing Keith Murray’s legendary 1994 record of 10hrs 34min 37secs by just 7min. But the winner shrugged off the near miss, saying, “When I saw the conditions forecast I just decided I’d have a crack at it. With the river running high and a big tail wind for the last cycle I knew it would be a fast day, and you don’t get those conditions very often so you have to have a go.”

Have a go is exactly what Nelson doctor Sophie hart decided she had to do during the women’s world title race.

Pre-race speculation revolved around defending champion Elina Ussher and three-time champion Emily Miazga. And while it was hart who led them off the bike and into the run, it was Ussher and Miazga who tried to dominate, with the duo tracking each other for the first hour up the Deception River before Miazga had to let go.

As they started the kayak section Ussher appeared in the control of the race, leading Hart by 5min with Miazga slipping back to 18min but still in third place. In recent years Miazga has been the strongest athlete in the second half of this race. But this time it was Sophie Hart who came through, passing Ussher after 90min on the water and then starting the final ride with a 6min buffer. 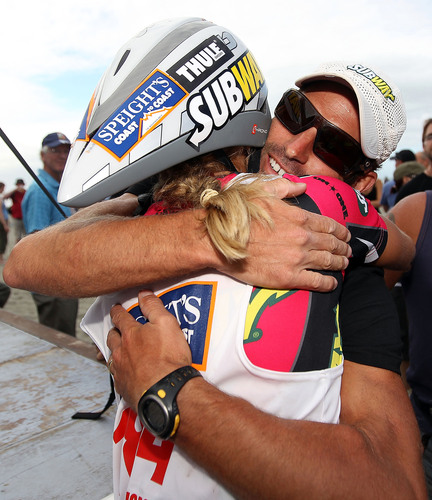 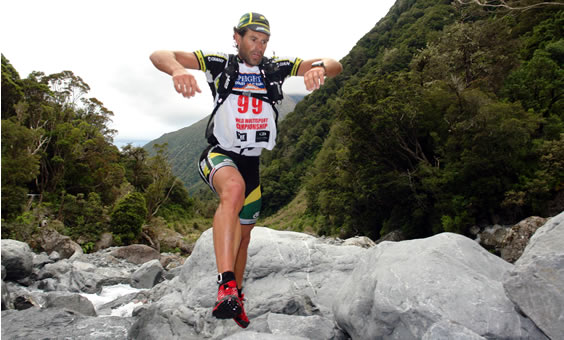 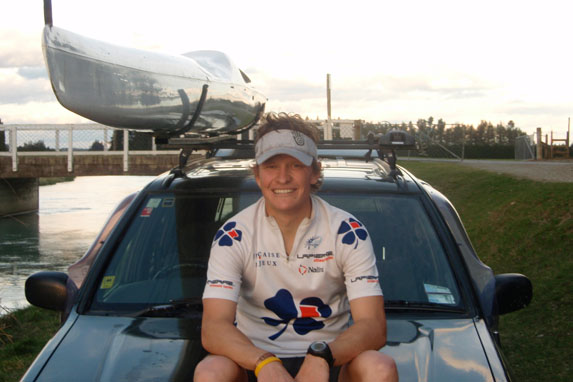 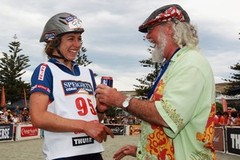