Day 2… And what a day. After having laid paralyzed in bed scared to death that my sore legs would cramp up again i finally slept like a baby. Five thirty came sooner than I wished for…. Pith black, damp, cold as heck…seven fifteen we rolled out into shiverring on our bikes wih our rusty legs. An hour later halfway up the first big climb we met the warming sun. An hour later again and we were getting toasted. My legs felt good and i chatted the entire way up to 2000meters. I found some fellow rowers in the pack and together we anoyed the heck out of all the teams we rolled by why doing the old rowing talk. Most teams work silently and look down. Second climb was huge…. 1600metrs up. By than we were 3guys that worked our way up togther while the rest of our team split up, but all came up nicely.
The third climb, was a nasty short one and by than we were realy realy tired. Not a cloud in the sky, vieuws so awesome, white peaks, green fields, cows, people crashing on downhills,and a lot of sweat summs up the day. 8hourS of riding…. 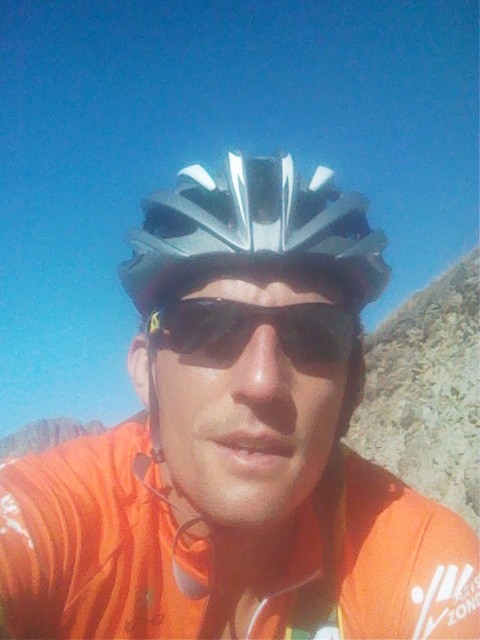 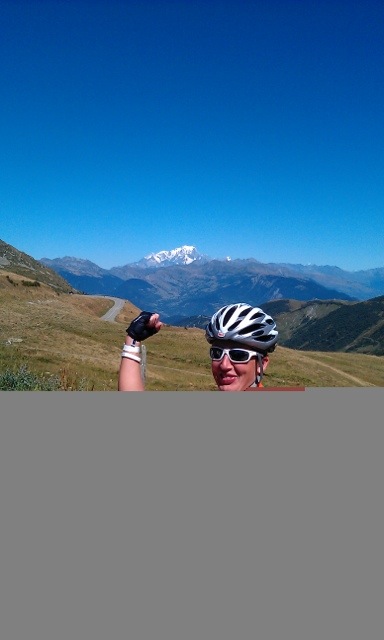