Heading to NZ tonight, 10 pm out of LAX direct to Auckland, then a short stop and another 90 min to Christchurch where I will arrive at lunch and pick up my rental car and kayak.

This weekend I’ll be kayaing the Waimak River and running over Goat Pass — the two key sections of the race.

When I was planning training for this week I only had to plan for 6 days — I lose one due to the international dateline. Wednesday’s training session just vannishes — I leave LAX on Tuesday and arrive NZ on Thursday.

Yesterday the temps soared over 27 C (82 F) in the inland valley in San Diego so I did an 8 x 8 min interval session on the bike at the hottest time of day and then transitioned to a hard 60 min run.  I was covered with dried salt by the end. My body wasn’t used to it. Summer is gonna hit me like a ton of bricks in Christchruch so this was a good session to get in. Here’s what the HR looked like for the bike ride. I was able to hold 40 kph on the flats and felt good. 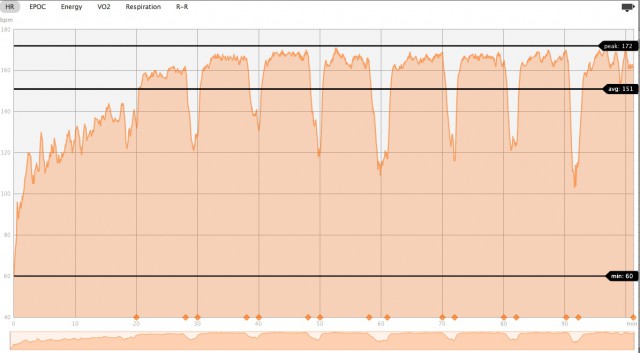 During the weekend the family was in town and the San Diego weather didn’t disappoint. A little stand-up paddle boarding and some sunbathing on the beach 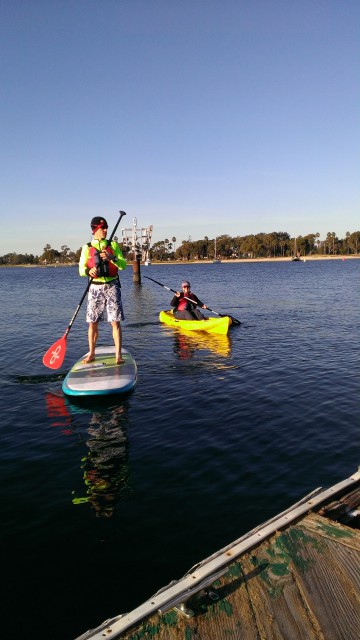 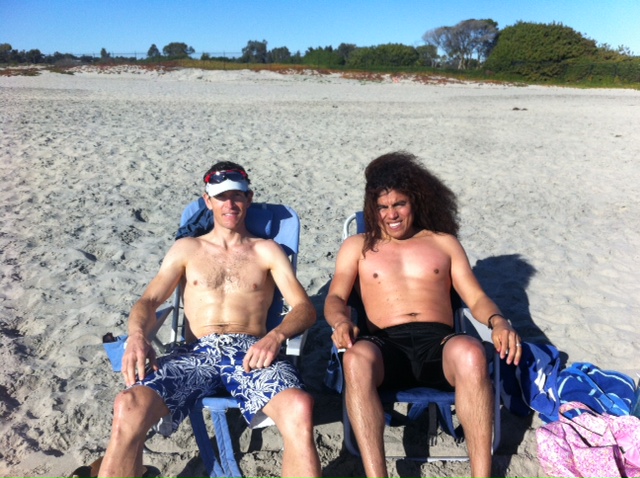 That’s my sister’s husband Gumaro after we had a barefoot run on the beach. He grew up in the hills of Mexico — almost like a true Tarahumara 🙂

The other good news is that I got a couple of solid kayak sessions this week and my tendonitis in the wrist seems to be gone. Thank goodness. On one particularly glorious morning I shared Mission Bay with stand-up paddle boarders, a crew team, water skiers and a beautiful dolphin that surfaced within 20 meters of my boat several times. At first I thought he had escaped from Sea World (which was just 100 meters away) but I decided he was authentic and perhaps even taunting his friends in the cages on shore 🙂  … Here’s my paddle playground in San Diego 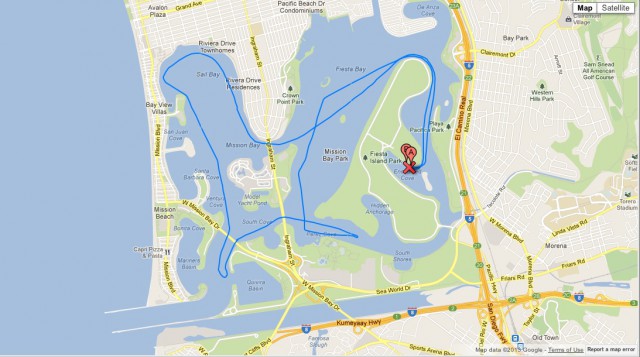 The weekend before Jari and I did a second “Coast to Coast Simualation run” at Mt Laguna. I ran the 33 km and 1000 meters elevation so hard that I needed 5 days recovery before my thighs felt good again.  I had destroyed my legs and put them right where I wanted them:  short-term soreness would translate into long-term toughness for the race.

Here I am at the start of the run with my “empty” water bottle and belt holder, which I was testing out for the Coast to Coast. During that run nobody carries water — instead, they drink from the stream. My plan is to use this empty bottle and scoop water out each time I cross the stream (which is something like 14 times (?) if you find the “straightest line” up the valley … ) 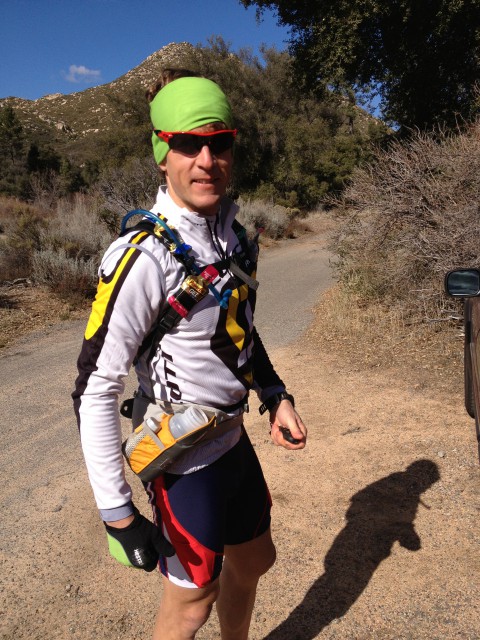 Catch ya on the other side of the world …