Sitting in my little camping cabin by one of the world’s most beautiful beaches (honestly, it was voted as such !). Th 2.5 hour “sprint” Kaiteriteri Beach Adventure Race (KBAR) starts at 2 pm today — just in time for the sea breeze to kick up to ensure an exciting kayak leg. 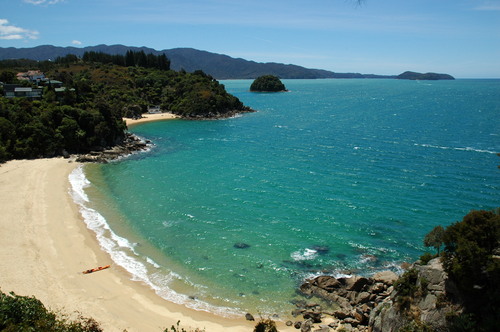 Here’s the race course map (run, paddle, bike, run). Yesterday I paddled the kayak leg (beautiful turquoise water), walked around the short run loop (steep and technical !!), and cycled the MTB loop twice — it was so fun I had to have another go. 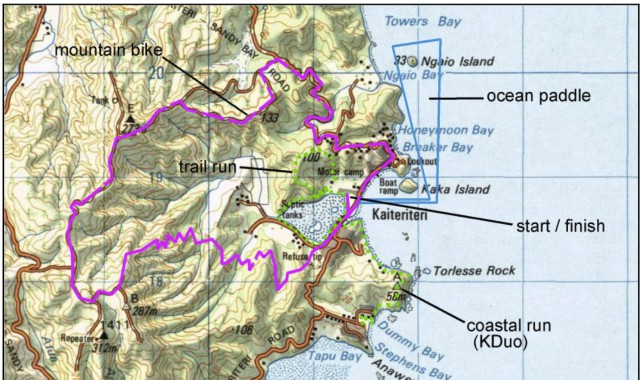 The mountain bike loop is smooth single track, super fast and technical — at least 30 turns of 180 degrees, which you approach at full speed. Reminiscient of Rotorua, for those who have been there. And it’s all built by super dedicated locals with an “honor system” donation box (check out http://www.kaiteriterimtbpark.org.nz). I’m gonna drop a few NZD’s in there before I go … 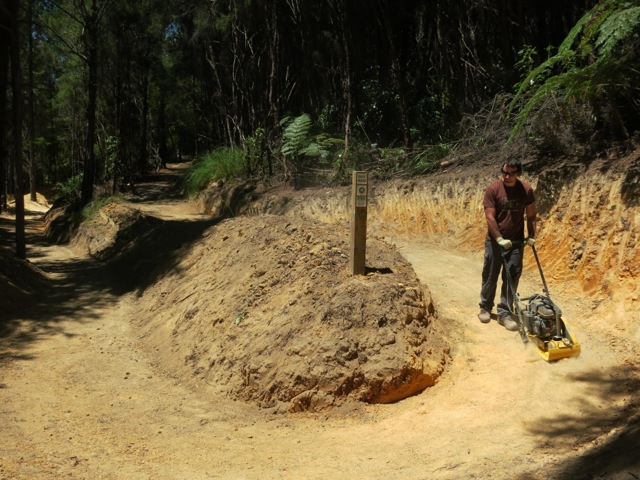 Getting my gear for this race wasn’t easy. I needed a surfski kayak (rather than a multisport kayak, which I have from the Coast to Coast) and a mountain bike (rather than a road bike, which I have from the Coast to Coast). But Richard Ussher, who lives near here, has been super helpful. He let me borrow his old MTB (a light Giant XTR 29r) and connected me with his friend Dan Bush who had an extra V12 surfski I could borrow. On top of that, the Americans I’m staying with (Dan and Donna) in Christchurch lent me their car. Lucky me ! 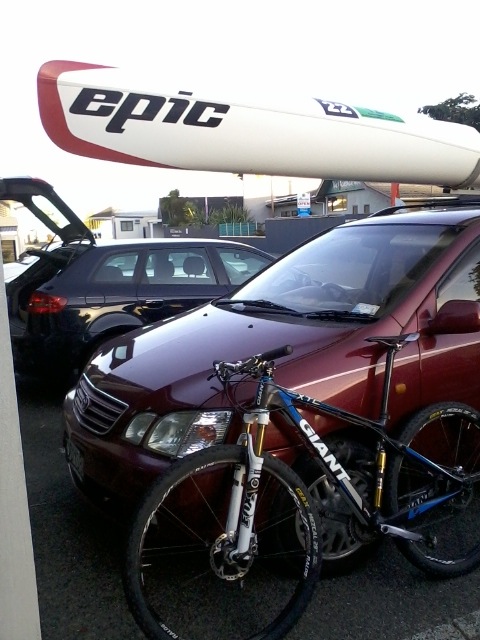 The good news about the V12 surfski kayak is this: (1) I’ve spent a lot of time paddling a V12 in the past, so I should be able to handle it (although the rough seas have me a bit nervous …) and (2) I was going to borrow Richard’s Sharp surfski, but at the last second he decided to race and needed it. But that was the best thing that could have happened to me because I tested his Sharp Ski on Tuesday this week in Christchurch and it was the tippiest ski I have ever paddled – no joke! I had to give it back after 5 minutes. The seat is super high and it just wants to go over. But this doesn’t seem to bother any of the Kiwis of course …

Richard was even nice enough to change the brake wires for me on his bike. In NZ everybody rides with the front brake on the RIGHT, instead of on the LEFT. At top speeds during a race it’s hard to break an old habit 🙂 By the way, in the picture below, check out his “wall of kayaks” in the background. His garage was a sight to see, complete with a side room that was a personal gym !). 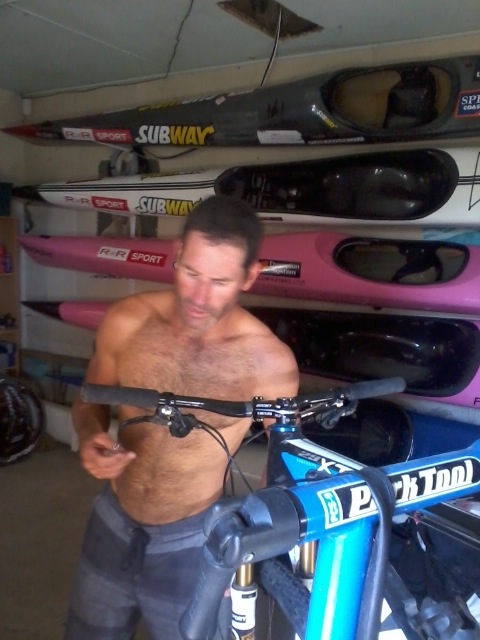