I sent this email to my multisport friends in Sweden the other day. If you didn’t get it, it’s because I don’t have your email address. Anyway, have a look below. A good chance to buy a kayak from the land of multisport paddling.

Don’t worry, all kayaks sent in a container from NZ are very well-packed ! 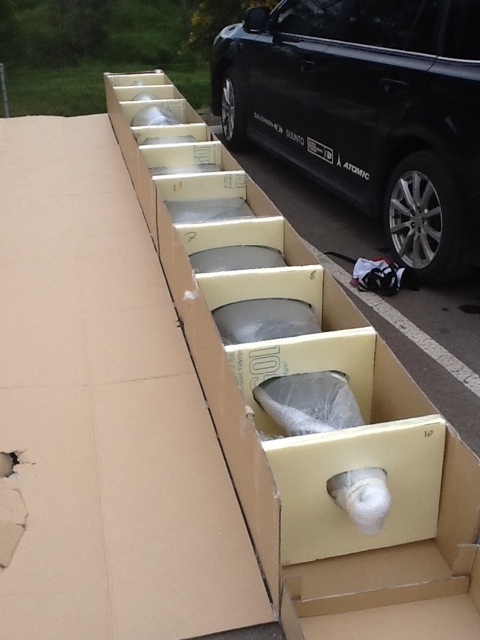 Scroll down to the end of the message to see a bunch of pictures .
Yo Swedish multisporters !
Hey from NZ. I’m emailing to see if anybody is interested in buying a kayak or surfski från New Zealand. I’m including all the Swedish multisporters I know, but feel free to forward this to others who may be interested … If you’re interested you need to decide by 24 March 2013.
Richard Ussher and Andrew Martin sell Flow Kayaks (http://www.facebook.com/pages/Flow-Kayaks/258338520890446?fref=ts OR http://www.flowkayaks.com/site/). They are sending a container full of surfskis and multisport boats to Europe, which will likely arrive in the middle of June 2013 (most likely before ÅEC, but no gurantee). He’s already confirmed orders for several surfskis from folks in Europe and each additional ski/kayak he includes in the container makes it cheaper for everybody.
There are currently several slots available in the container, but only time enough to build 2 or 3 new kayaks/skis, so it’s “first come first serve” for those who want to buy a new one. However, because there is space in the container, Richard is also willing to ship a used kayak. In that case, you need to buy a used boat in NZ (e.g., on sportzhub or trademe) and get it shipped to Richard in Nelson. Then you pay Richard for packing and shipping in his container. The cost is somewhere between 2 000 and 2 5000 SEK, depending on how many boats we get in container.
Prices for new kayaks/skis/paddles (includes boat + shipping + insurance + taxes/duties. To keep taxes/duties low Richard will describe boats as “used prototype boats.”)
– Sharp 6 Multisport Kayak (popular multisport kayak, hull is similar to a typical surfski. I used it in C2C) 20 000 SEK
– Sharp Rockstar multisport kayak (more stable version of Sharp 6, but still quite fast) 20 000 SEK
– Sharp Surfski (a very fast surfski for advanced paddlers, see reviews on his webpage) 24 000 SEK
– Superstar Surfski (a much more stable surfski for intermediate paddlers, comparable to the V10 Sport) 24 000 SEK
– Paddles (2500 – MS1 small) (MS2 Medium MS3 Large for 2500 SEK). Full carbon split paddles – if in container no freight, can post for extra 200 SEK. See pic for connection mechanism that looks like a bike seat post.
The advantages of these kayaks/skis are the following:
– they are made of flexible kevlar/carbon bottom which means they flex when they scratch against rocks or sand or other obstalces in a river (unlike typical FENN, EPIC or other surfskis which are designed for open ocean paddling). This is standard for all kayaks that paddle the Waimak River for Coast to Coast. Yes if you smack a rock at full speed it will break, that’s life, but it is more durable than the models currently used in ÅEC race. If broken, it is easily and quickly repaired.
– the surfskis come with both a stern rudder and skeg rudder and it takes only 5 minutes to switch between them. It’s a well designed system (see picture)
– the surfskis come with a french bailer system that allows you to close the valve when paddling on a flat lake (see picture)
– they are lightweight. All kayaks listed above weigh under 12 kg (somewhere between 11.5 and 12, unlike the Epics and others that are listed at 11 kg, but in fact weight over 12).
All kayaks and skis are packed carefully (see attached picture).
The container will mostly likely arrive at one of the major ports like Amsterdam or Copenhagen and then we’d have to arrange transport from there.
For those who wish to test one of these boats and perhaps purchase it next year, that is also possible. Richard hopes to send a full container to Europe next summer that can take 30-40 boats. There is a good chance of being able to test two of these boats at the end of THIS summer — i.e., Richard/Elina will be living in Europe May-Aug 2013 and will have a Superstar multisport kayak and a Sharp surfski. Richard will try and send these to Stockholm during fall/winter for us to test.
Again you must notify Richard by 24 March at the latest and delivery date is expected to be mid June. If you have questions email me
Pictures below.
Happy spring !
Scott
Scott at eesweden dot com
Smart roder system to attach stern ruder to surfski 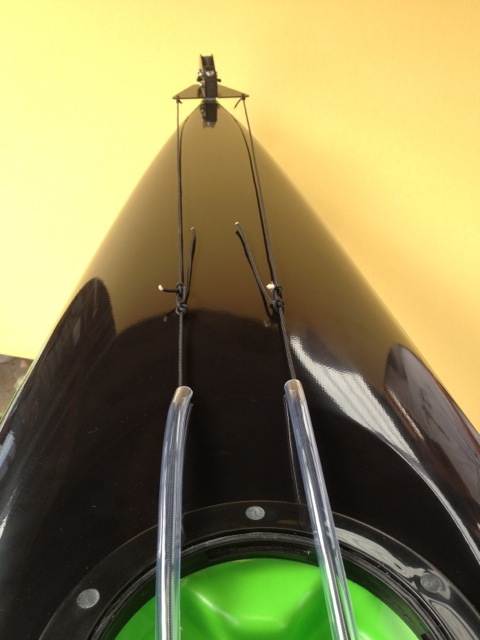 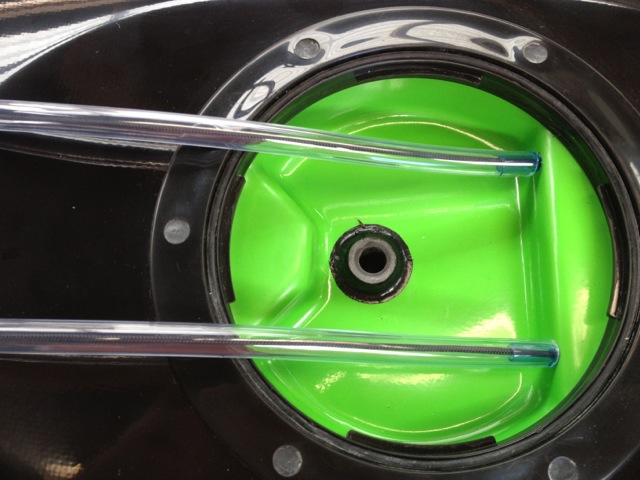 Bailing system that can be closed when paddling surfski on flat water. And attachment for paddle leash 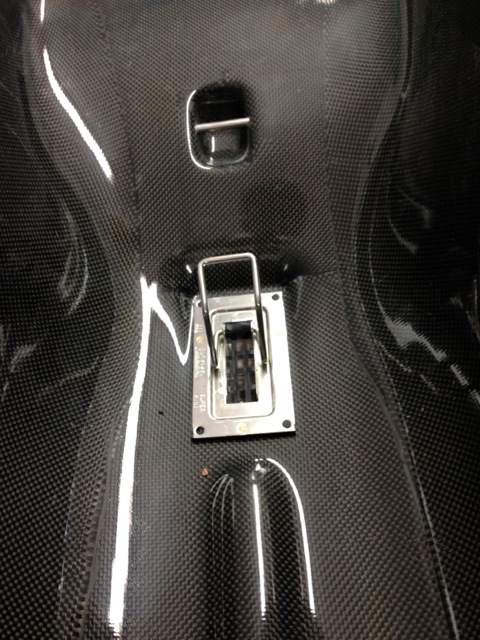 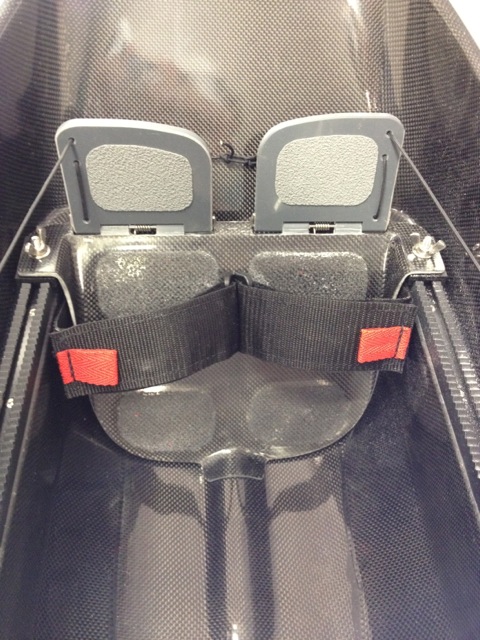 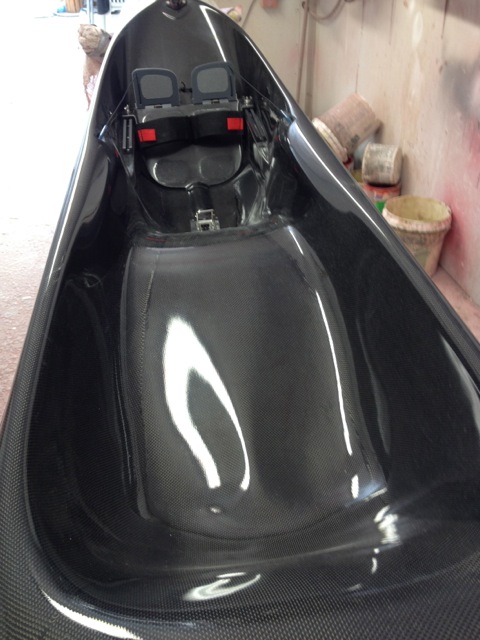 Smart design for easy attachment of stern rudder on surfski. 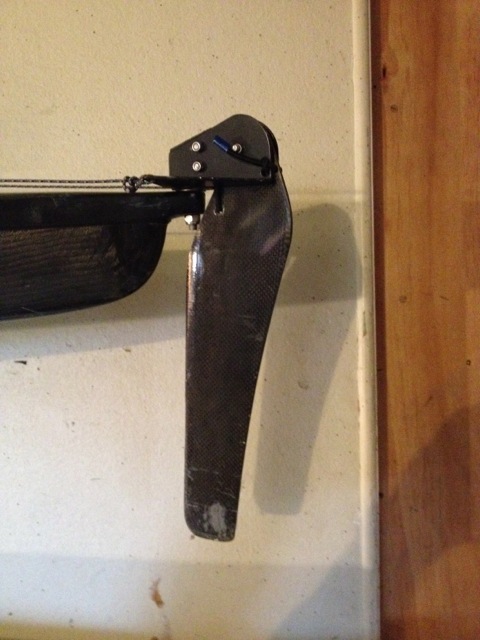 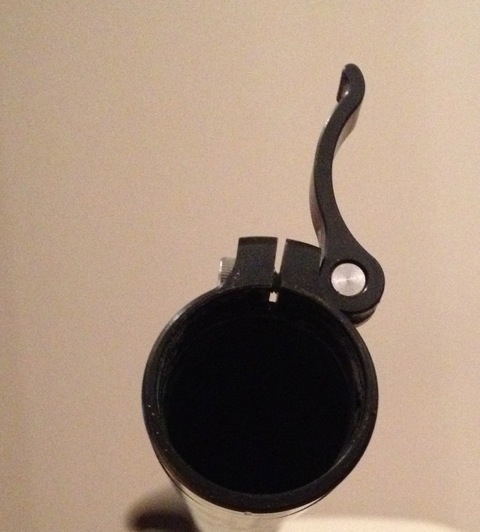 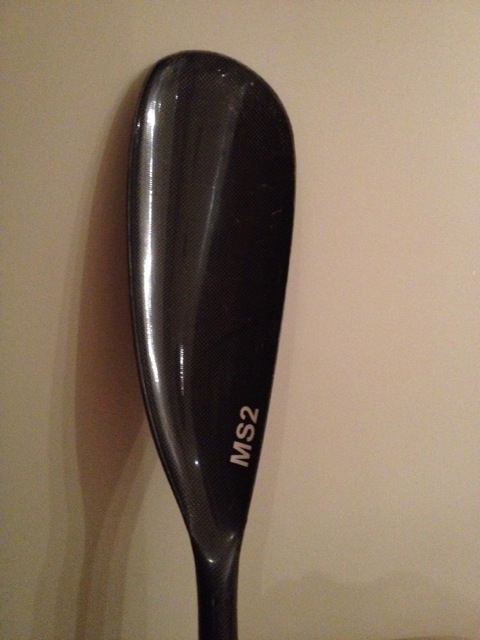 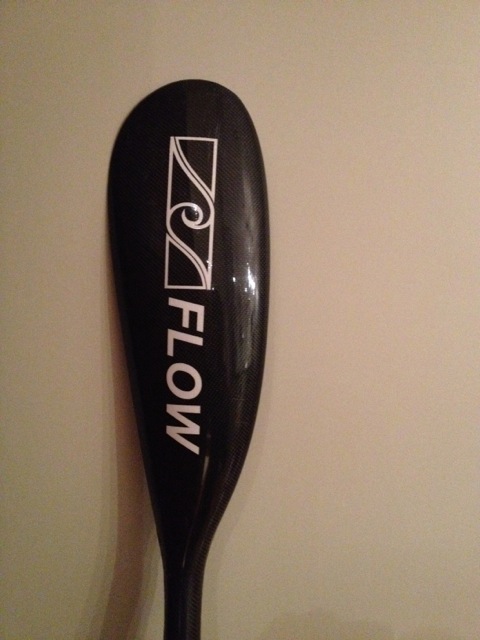 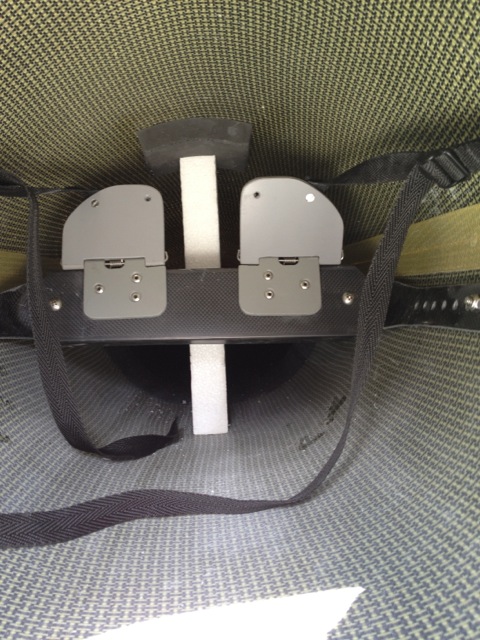