I was in Stockholm for the week doing biz-ness … Lucky for me there was a 3 hour rogaine orienteering (running) race on Saturday so I teamed up with Daniel and Kristin of Team FJS.  The three of us took it as a team training before the China Baise Outdoor Quest race, which we’re doing together in two weeks (together with Emil Dahlqvist). 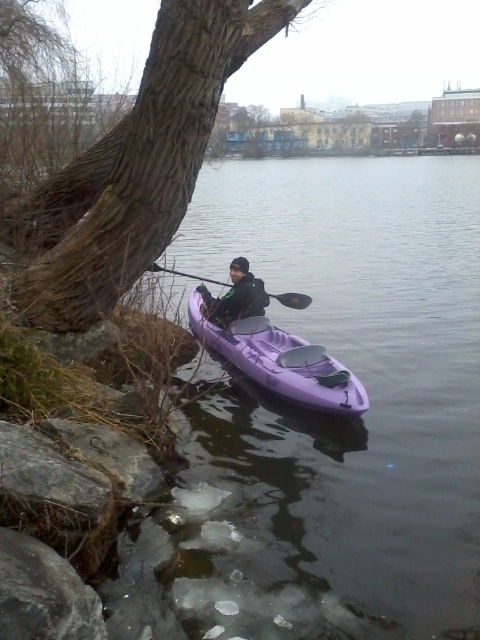 We had a fine Friday night filled with multisport planning for China (gear, gear and more gear…).

Saturday morning we got the maps at 10 am and had 1 hour to plan the best route to accumulate the most points. We had three hours, but if we came back 1 minute late, we’d lose 30 points; two minutes late, 60 points … Given that each of the approximately 20 controls were worth between 20 and 80 points, coming back late was a lot to risk ! 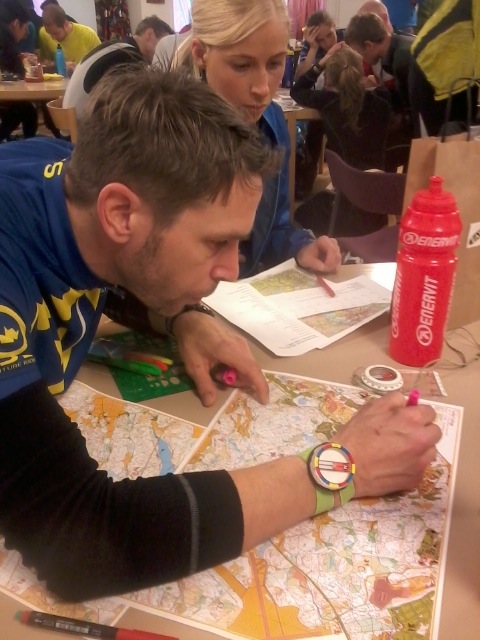 But Daniel was spot-on with his orienteering. I had hoped to follow him with a copy of the map so I could practice my navigation skills behind an expert … but there were no extra maps.  But it took all my energy to keep up with Daniel, who had no problems running first through the deep snow … while also reading the map !  Despite taking most of the winter off from running due to an injury, Kristin was strong and steady. We had a good race.

We ran faster than we thought we could through the frozen forest, so halfway through Daniel had to do some “on-the-fly” change of plans to maximize our points. He nailed it and we got every point that was reasonable to get and still made it back with 5 minutes to spare. We look a little dazed in this finish line shot, hey?! 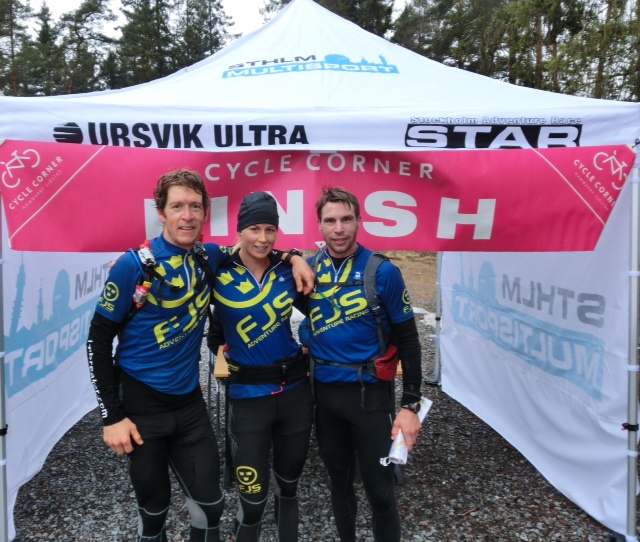 We were happy to jump in the sauna after this race … cold and wet and temps around 4 degrees C. We had plenty of snow-melt ponds to run through and jump over.  Usually by this time of the year the forest is open in Stockholm, but not this year ! 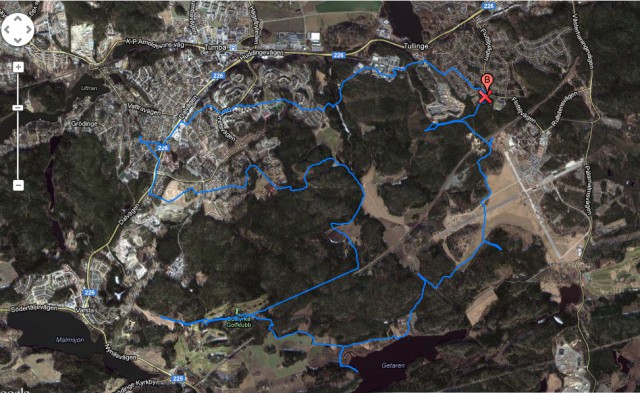 Most of the racers chose the MTB Rogaine. Given the conditions, I’m impressed ! There were a lot of happy muddy faces crossing the finish line on bikes  !

Lots of hard interval sessions on the schedule this week in prep for China, where the temps will be 25 to 30 C and the competition fierce.  Might have to train in the sauna to simulate race conditions …