We landed on the podium again today, 2nd place, but once again 8 minutes behind Thule, who had a great run at the end despite the fact that Mimmi took a bad bike crash half way through the race (she went to get stitches afterwards).

That puts us ~16 min behind Thule in the overall classification and about 7 minutes ahead of Team Nuun. Tomorrow will be exciting !

Highlights from today … Well, not the paddling (!). We sprinted down to our boats and then ran to the wrong put-in (!). Then we had to paddle like hell to catch the other teams. We landed 4th after the paddle.

But then we passed all three teams and came in to the “mandatory rest” with a (very) short lead over Thule. Then during the run we ran with Thule for a while, but they ended up expanding their lead by about two minutes. By the end, they made a strong push to take several more minutes. Gutsy performance by Mimmi.

The trail run was spectacular ! We ran single track for 2 hrs and 20 minutes across amazing terrain with steep green walls all around us and mountains as far as you could see. There were long sections of un-touched wilderness, while others included runs through farmers’ fields and through peoples’ backyards. We followed red ribbons the whole way, sometimes on trail and sometimes straight through the woods. And rarely flat …

The highlight tmw is a whitewater paddling section at the end to the finish line which we’re looking forward to.

Here are a few pics from the bike leg today from the GoPro.

First, a little mud during the bike, but otherwise it was a very pleasant ride with a bunch of climbing in the shade. 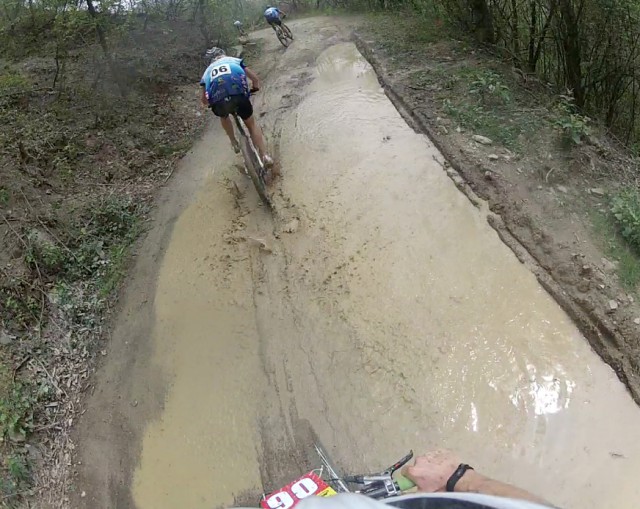 Here we are near the end of the bike, where we had a little luck. Team Thule had a crash and then got a pole stuck in their wheel, which required a little fixing time. We passed and got into the TA just a few seconds before them. As you can see, they are wearing the yellow leaders’ jersey. 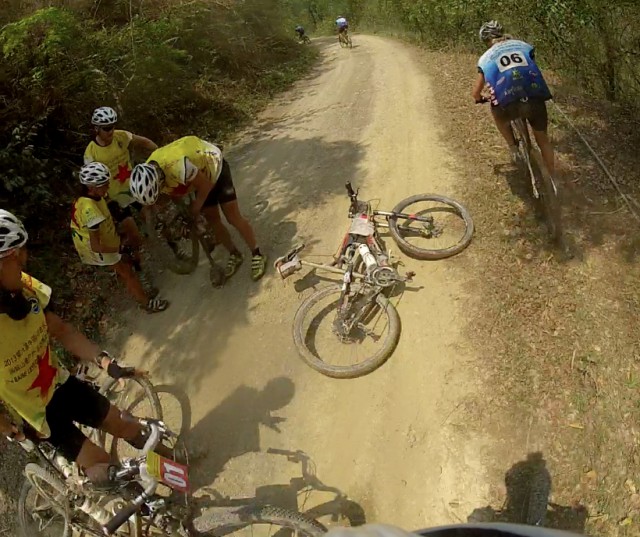 When we arrived at the transition after the bike ride, we were told to jump in to the cars, and we would be “ferried” over to the next leg — the long trail run. Apparently, they couldn’t close the main road to allow us to bike on it, so we got a ride in the car instead. We jumped in sweating like crazy, but took the chance to eat and drink ! 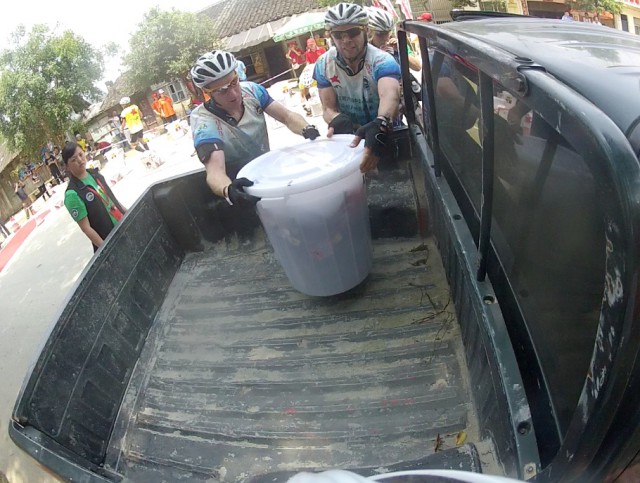 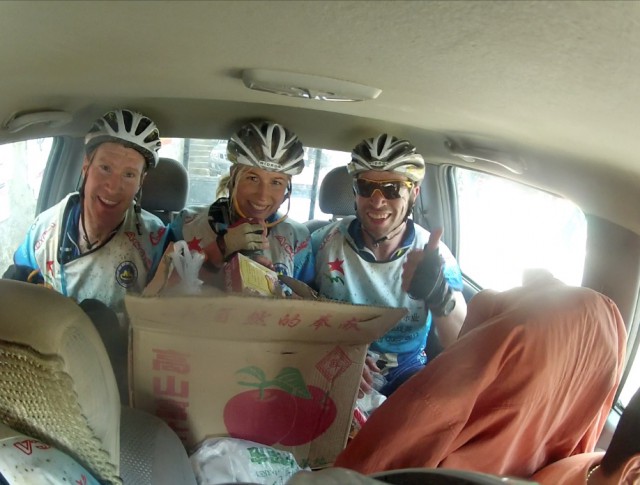