Saturday delivered a fantastic Jämtland multisport race on a picture-perfect sunny day. It doesn’t get any better than this !

Race directors Kristoffer Kvarnlöf and Ralf Jönsson from STORM (STORsjö Multisport Klubb) worked their butts off the past few months pulling together sponsors and other logistics (they spent hours designing and marking the course with ribbons as there was no orienteering in this race). They did a fantastic job and they both have a great vision – they see this race growing each year. I sure hope so !

You can’t see Kristoffer’s hat, but it says “Jämtland Republic” (I think that should be a prize next year…) 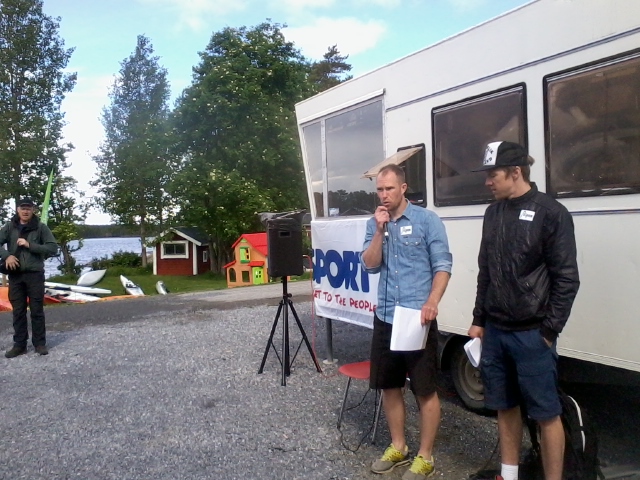 With the wind blowing, I made a last second decision to paddle my FENN Surfski with a skeg rudder under the boat, instead of a stern rudder like I have on my Zedtech surfski (the advantage of a local race – you can bring all your toys  and make a “game-time” decision …)

At 11 am we had a ”water start” paddle and I sprinted hard to avoid anybody getting a free ride on my wake — especially my challengers Andreas Oscarsson and Andre Jonsson. Another potential threat was Robin Bryntesson, who has competed on the Swedish National Cross Country Ski Team — a top athlete.

I got away and tried to hold a steady pace. I knew I had the best chance to earn time when the side waves would hit on the other side of the island. I’ve done a lot of training in those conditions and my FENN was the perfect boat for that. 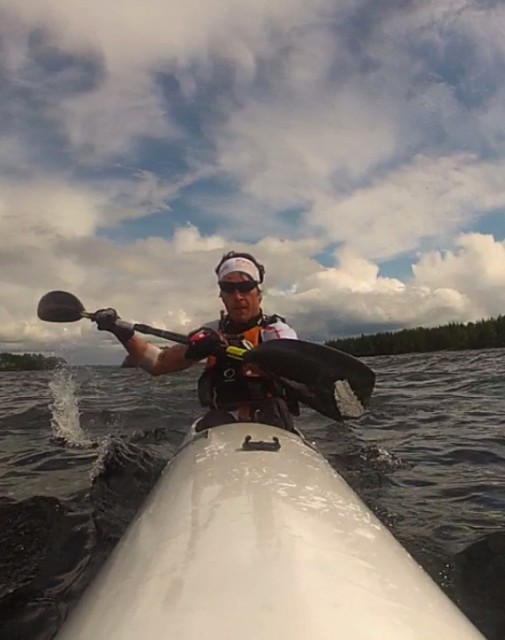 The side waves were tough and I almost flipped once, but held it together. I managed a couple of “surfs” where I saw my GPS jump from the steady 10.5 kph to 14 kph – yeah ha ! I had about an 6 min lead going in to the first run. 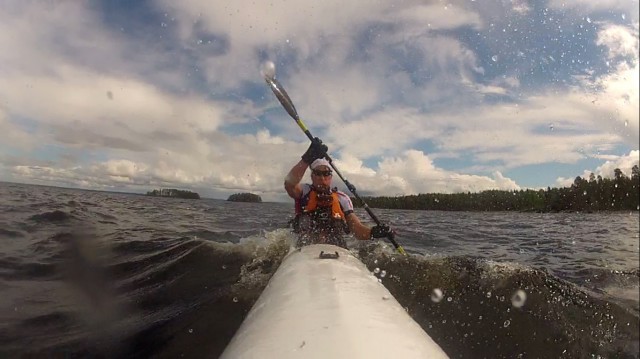 We landed on Verkön, a little island with no ferry or road access, but some beautiful trails. We ran across the island to the northernmost point and ran 50 meters through knee-deep water to a little island to reach the control point. Then we re-traced our steps back to the kayak and paddled back to Norderön.

Back on the island I had crowd of about 40 people cheering me on as I dropped my life jacket and started running north along a great mix of trails, roads, and “off-trail” running. My legs felt good and I figured I wasn’t losing too much time to Oscar and Andre, even though they are both good runners.

The final leg was a super fun MTB that put smiles on everybody’s face. The only problem  was that it ended after an hour – I could have ridden it twice! I even had to dodge a deer that ran across the trail when I was flying downhill ! 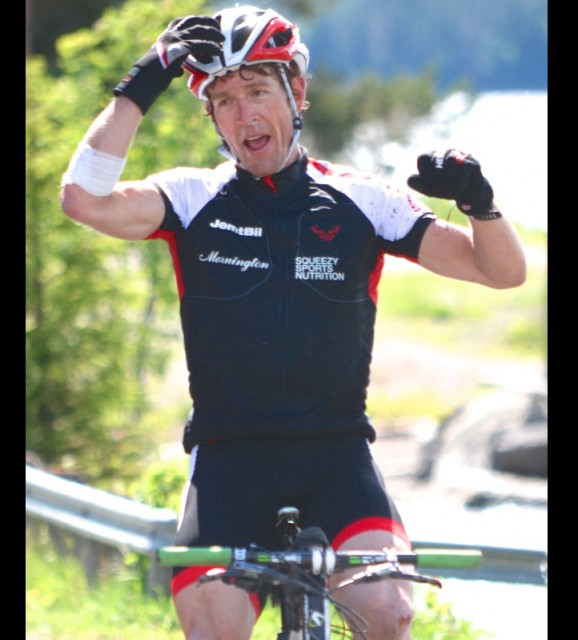 I ate well during the race and my legs felt really fresh on the last bike (a caffeinated Squeezy energy bar might have helped …). Luckily I “kept the rubber side down” during the last section and did not re-open any of my road bike wounds from Thursday’s bike crash. But peeling off the bandages in the shower afterwards was less than pleasurable … 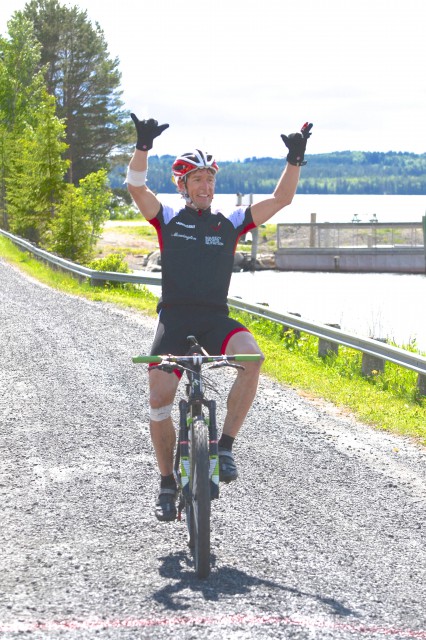 (Picture by Michael Åsberg. Thanks to Dynafit for setting me up with an awesome pair of bike shorts designed for both riding and running comfort – quality stuff)

I finished in 2 hrs 37 minutes, which was faster than the expected 4 hr finishing time. But it was a first time course, so nobody really knew how long it would take. Here’s an overview of the 38 km course from my GPS (the colors indicate different relative speeds). 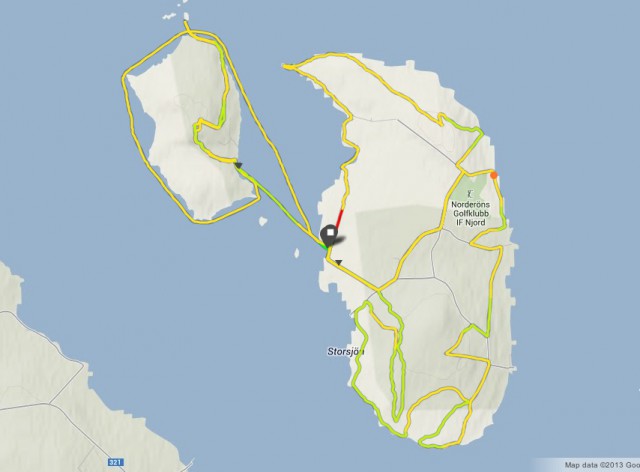 I like to check out my HR after races. When I’m training each discipline individually I usually aim for different zones. For example, when I’m paddling I aim for 130 to 140 (intervals 155-165), but when I’m running I aim for 145 to 155 (intervals 175+). But during a race everything blends in to that “race pace heart rate” which is about 165ish for me. My average over the whole race was 159 but as you can see I was up to 172 within minutes of the start ! 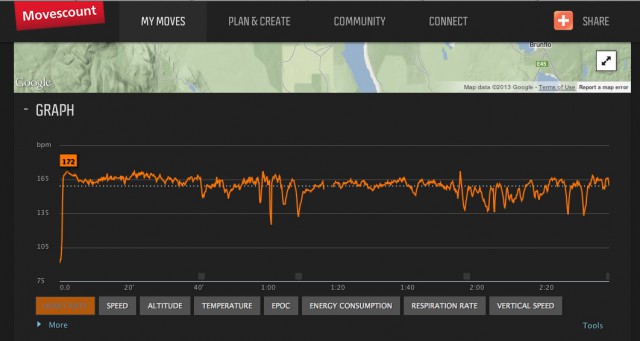 I’ve had a good start to the Swedish multisport season with a victory in Falun and then at Norderön, but it’s the next one that counts – the Åre Extreme Challenge on 29th of June …